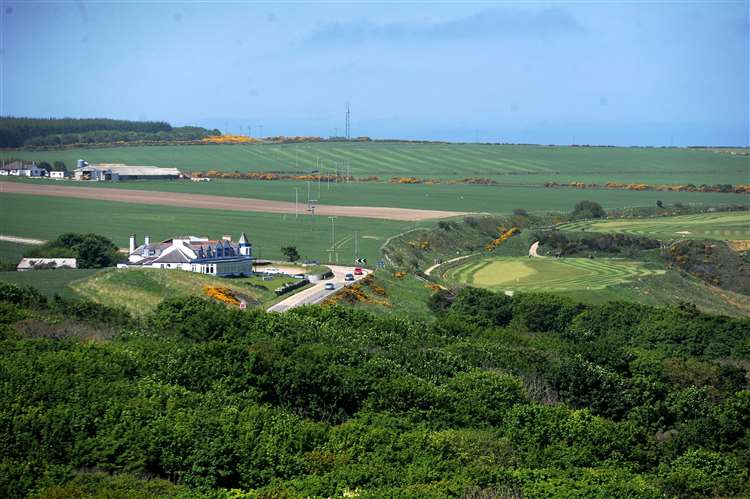 A MORAY hotel’s commitment to helping its local community before and during the Covid crisis helped it win out over big name rivals to become a winner at the Scottish Council for Industry and Development (SCDI) 2021 Highlands and Islands Excellence Awards.

Announcing the winner at the online awards event, Crown Estate Scotland chairwoman Amanda Bryan said that while the three finalists were all quite different, they had all demonstrated energy and commitment to supporting their areas in their own way.

However, Cullen Bay Hotel had been selected the winner for its huge commitment to the Moray area, not just through Covid, but over the previous eight years.

“In that time they have welcomed thousands of visitors, boosting Moray’s tourism industry,” she said.

“They have employed many local people, including young people, and maintained their full complement of staff, even during the Covid pandemic. They support local businesses by using local produce, and quite amazingly, they served up thousands of free meals to people from Cullen and neighbouring towns over the last year during the Covid crisis.”

When asked why he was doing this, hotel owner Ian Watson said it was because it was the right thing to do.

Accepting the award, Mr Watson said: “We are accepting this award not only on behalf of ourselves and our staff, but everyone who contributed or donated, companies or individuals. It was absolutely overwhelming. It also give an opportunity to connect with the community in a way that you wouldn’t normally get and we have to thank everyone who appreciated what we did. It’s just phenomenal. We are overwhelmed.”

There was another win for Moray with AES Solar collecting the Highlands and Islands Enterprise Award for excellence in upskilling, reskilling and emerging leaders.

SCDI chief executive Sara Thiam welcomed the awards event as an opportunity to recognise the people who have kept the Highlands and Islands economy going through the hardest of years.